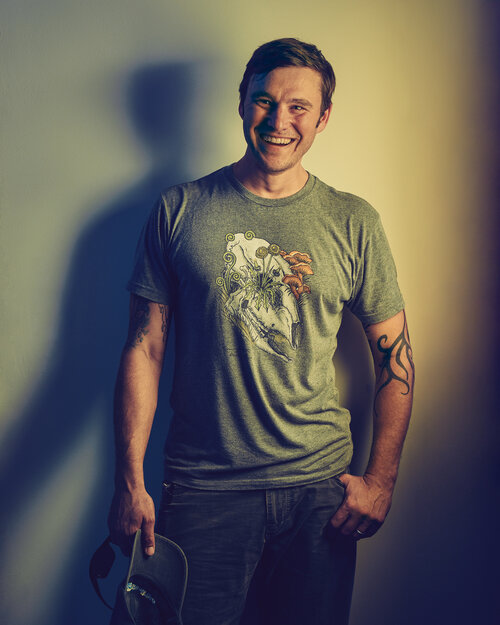 In 2012, as distribution systems between regional farms and restaurants became more efficient, Bebenroth opened the popular Cleveland restaurant, Spice Kitchen + Bar. In 2014, he acquired Spice Acres, a 13-acre Countryside Conservancy farm in the Cuyahoga Valley National Park, to grow foods for catering clientele and restaurant guests. In 2016, he and his wife, Jackie, established a non-profit organization, Spice Field Kitchen, that offers education and outreach to students and individuals who seek to learn more about farming and cooking.

Ben has spent most of his decade-long career forging relationships with local producers in order to understand how to balance consumer demand with seasonal offerings. This knowledge, combined with his award-winning culinary talents and farming experience, make him one of the most sought-after local food authorities in Northeast Ohio. 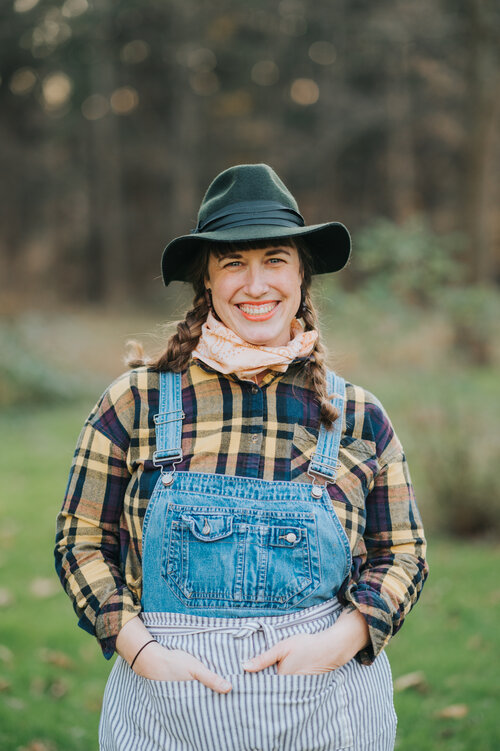 Jess Edmonds has nearly two decades of experience in the food and beverage industry, honing her service talents in high-traffic Cleveland hot spots before joining Spice Catering Co. in 2008. After graduating from Cleveland State with a focus in PR and marketing in 2005, she blended her textbook knowledge with acquired hospitality skills to plan weddings, benefits, and farm dinners for parties of up to 500. In 2015, she moved into the Catering Director role and manages an incredible team of Event Planners that create exceptional dining experiences all over town. In addition, she lends her hand to general operations of The Spice Companies, planning the annual Plated Landscape Calendar and fostering business relationships throughout Cleveland {the best city in the world, as far as she’s concerned!}. She spends her free time with her husband, Brian and daughter, Hazel Dae…preferably in the flower field at Spice Acres. 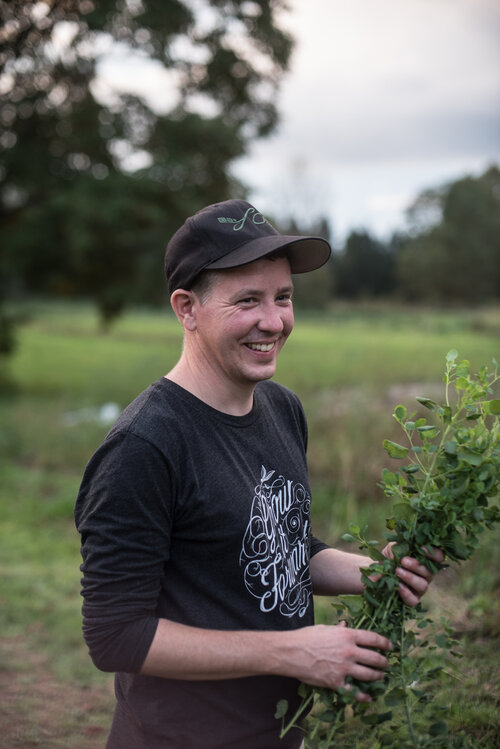 Steven Baker, or “Bakes” as he is known, is the longest serving member on the Spice Team. Steve is a licensed educator with more than fifteen years of experience as a classroom teacher and administrator. Steve wears many hats here at Spice as Secretary of the Board of Advisors, investor, farmer’s market “Burrito Guy”, farm worker and the occasional kitchen hand for catering events. When the time came in 2018 to formally launch our 501(c)3 nonprofit, Spice Field Kitchen, Steve’s background and commitment to the family of Spice brands made him the ideal candidate for this leadership position. Steve is excited and honored by the opportunity to apply his professional experience to expand Spice’s impact and mission by cultivating agricultural and culinary connections to our community and our local food systems through field-based education. 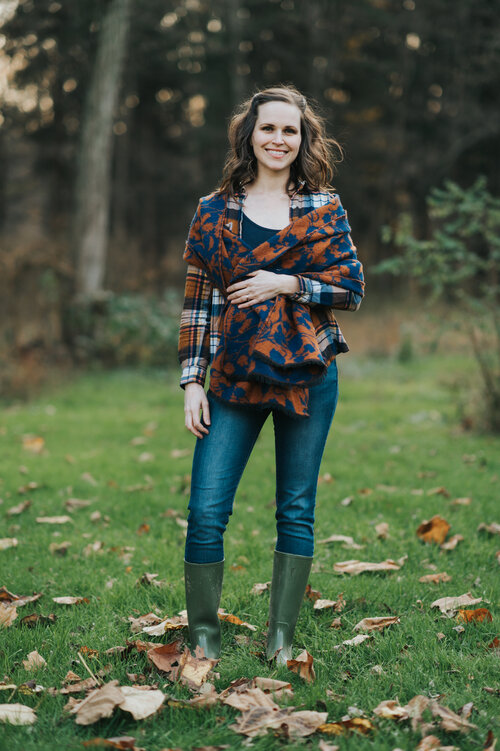 With a professional background that ranges from booking concerts to conserving wildlife, Emily brings a diverse skill set and unconventional creativity to Spice. Her alignment with our mission and values goes back to her childhood and she energizes our message with conviction and fervor. She holds a degree in Spanish from The College of Wooster and has done coursework in Conservation Psychology. When she’s not agonizing over the ideal level of alliteration in a piece of copy {that was a bit much} or intrepidly searching our extensive photo library for the perfect images to use, she’s probably hiking, baking, or playing with Dot {daughter}, Rutabaga {dog}, and Snack Pack {cat}. Emily is a former riding instructor, a new mom, and a lifelong Pee-wee Herman fan. 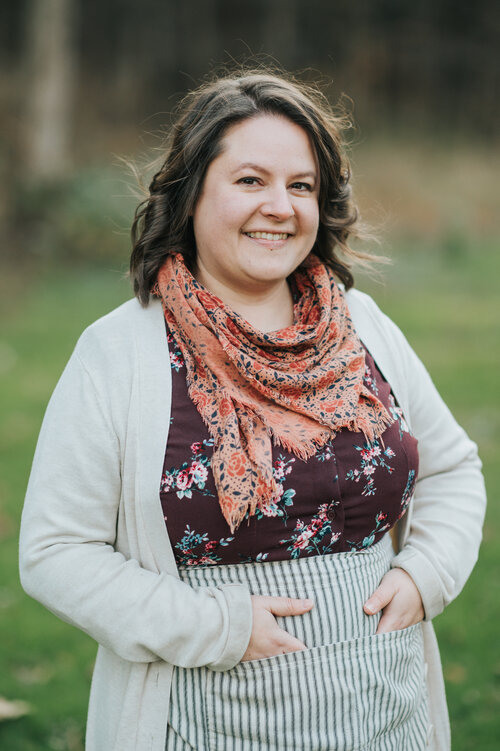 Spending three years as a proud member of the Spice Team, Ashley started off as a catering server and event captain, left for a year to further her education and training, and returned as an Event Planner. Ashley earned her bachelor’s degree in English from Kent State University, followed by a certificate in event planning from Tri-C. Her love of cooking and gardening fuels her passion for Spice’s mission of sourcing seasonally and locally. Outside of planning events alongside the best team in town, Ashley enjoys spending her free time with her husband, puttering around her garden or playing with her two purr-cious cats. 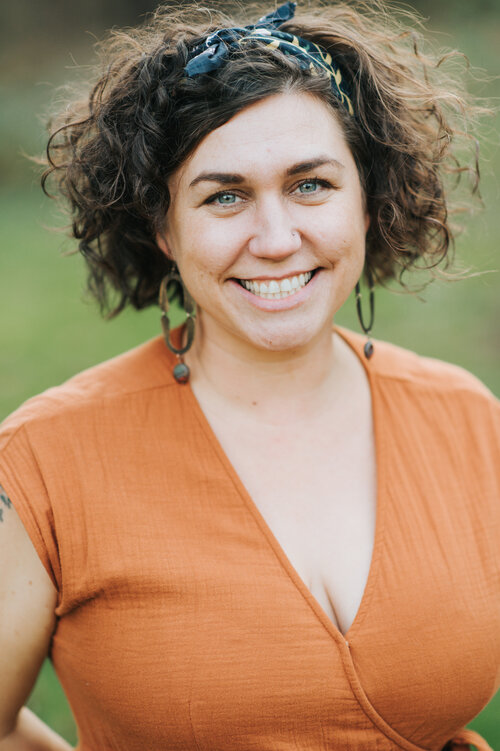 To our staff and vendors, Liz is the ever-adaptable go-to person who wears many hats. She’s been with Spice since 2011, starting as a catering server before becoming our full time office manager + bookkeeper. Since then, she’s grown into the human resources manager +financial controller of The Spice Companies – but she still makes time to ensure that the copy paper never runs out and the computers + printers remain in top shape. Although Liz has graduated from working “gigs”, you will still see her smiling face at our Plated Landscape Dinners in the summer. When she isn’t wearing one of her many Spice hats, she is at home “weeding” in her secret garden, giving a random stranger a ride home, or hanging with her husband Jed and growing daughter, Ava.